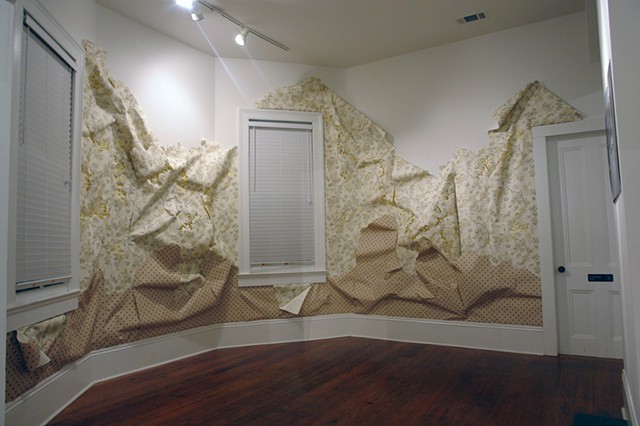 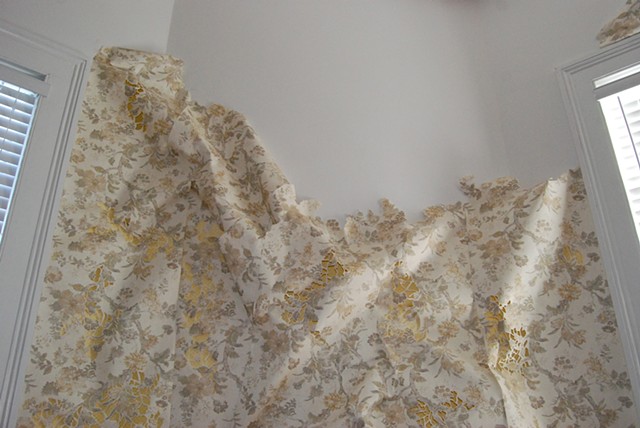 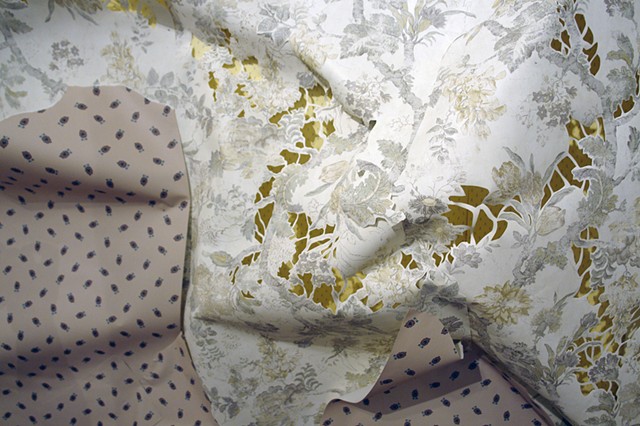 It Must Be The Humidity (detail)
hand cut wallpaper 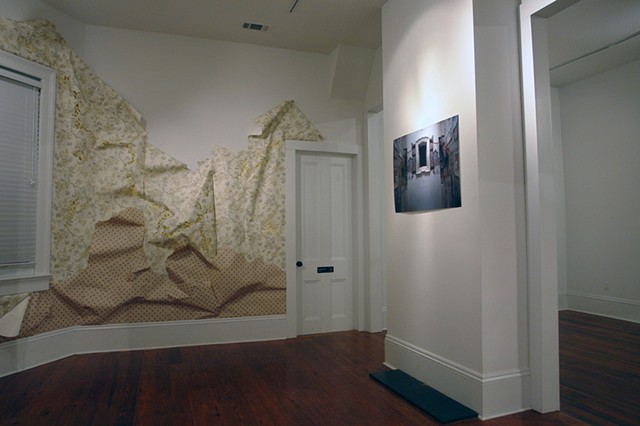 It Must Be The Humidity (installation shot)
hand cut wallpaper 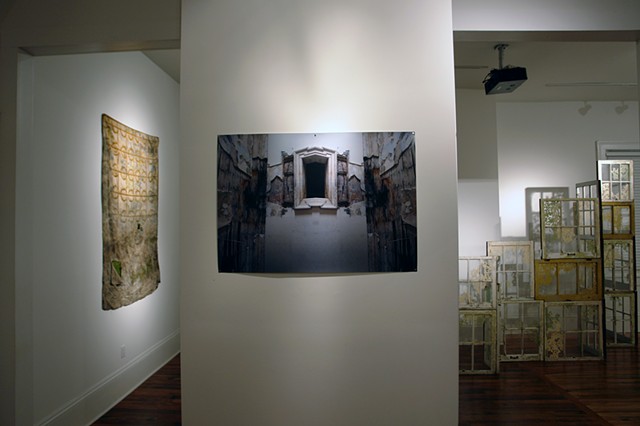 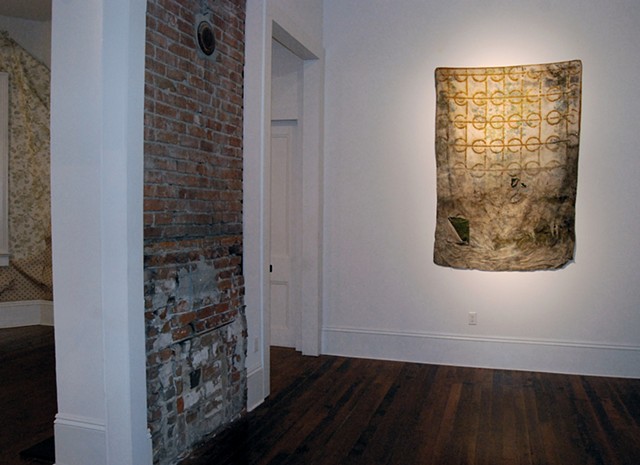 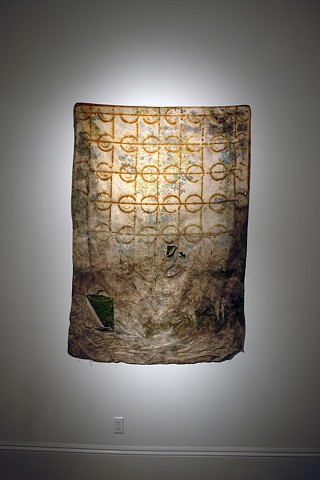 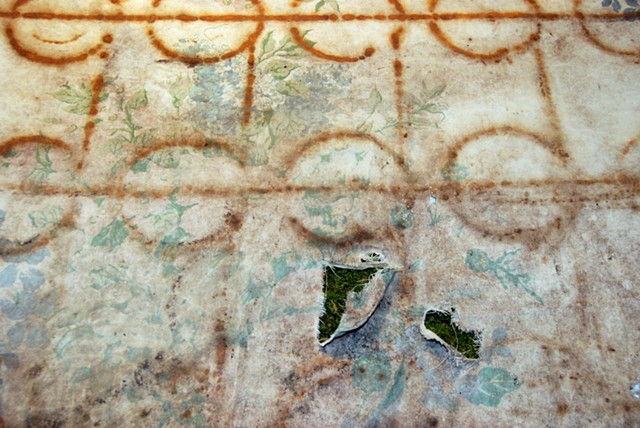 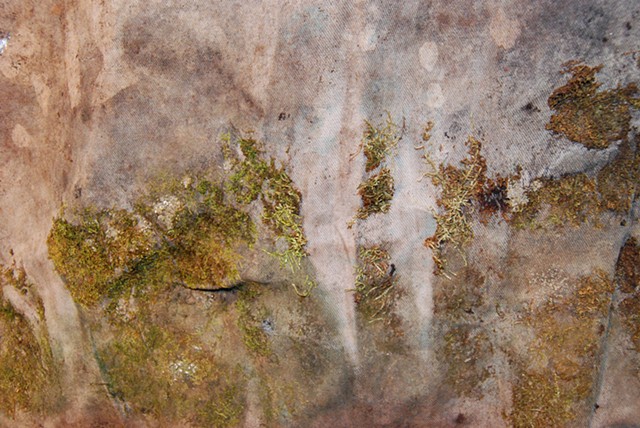 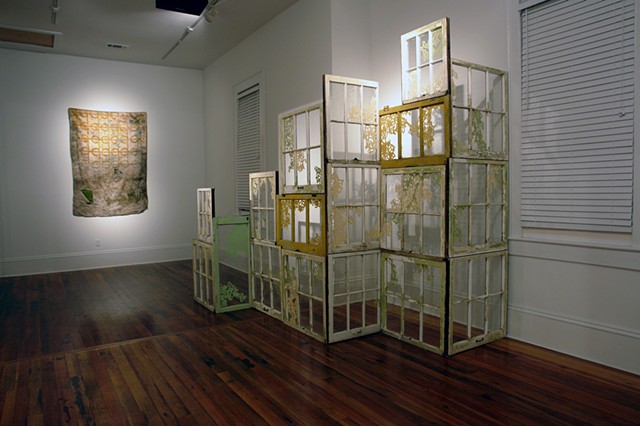 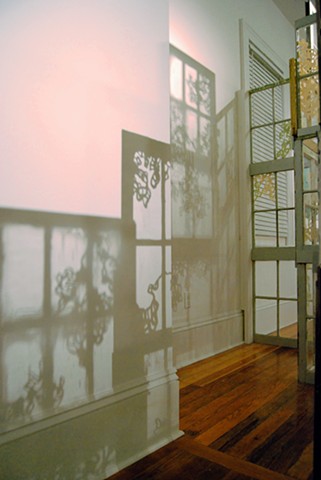 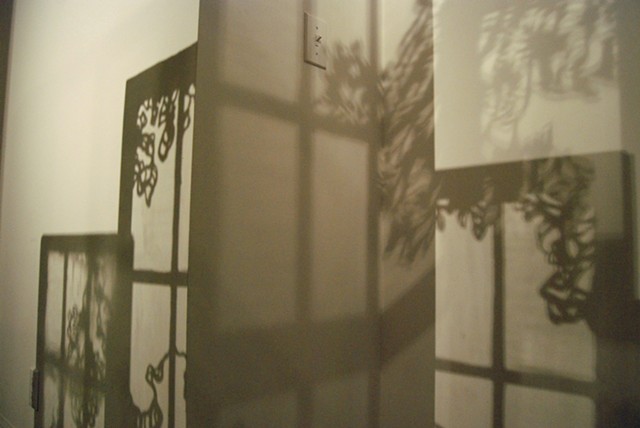 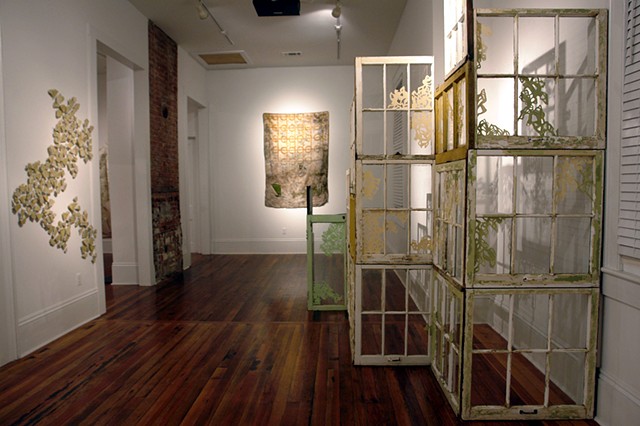 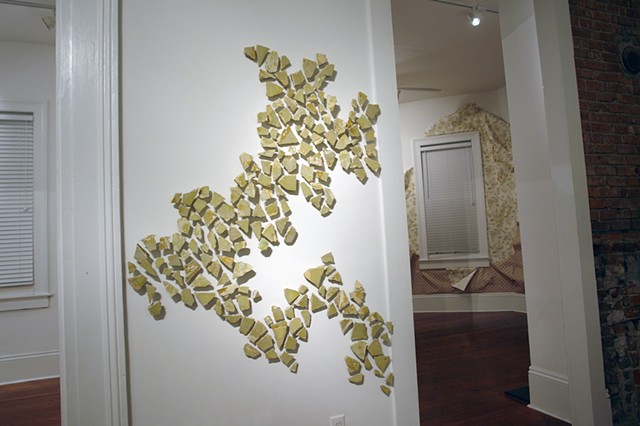 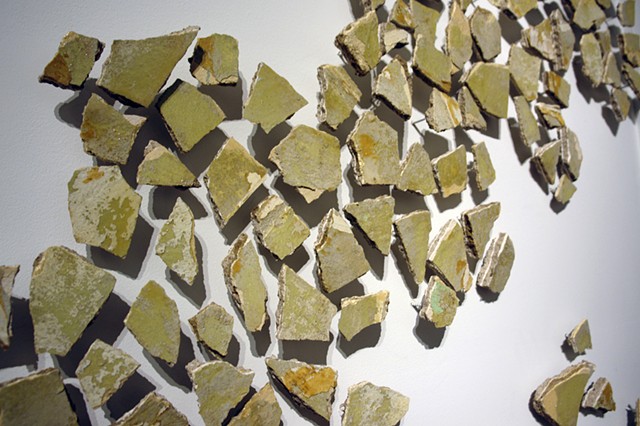 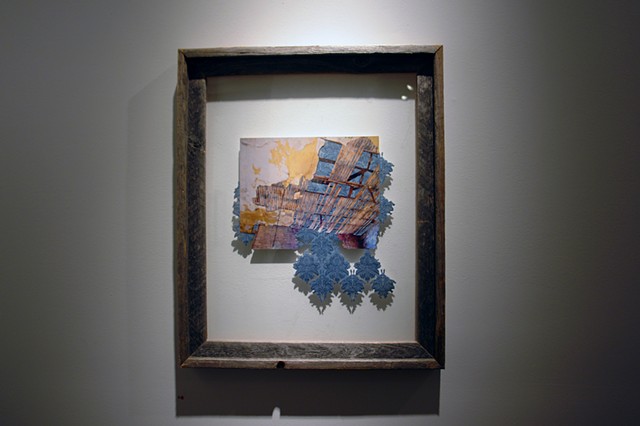 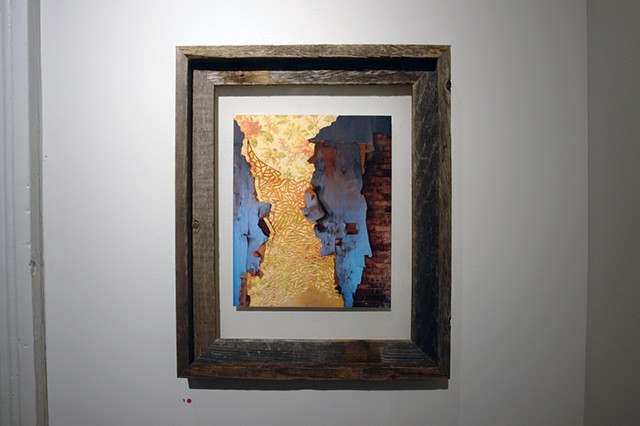 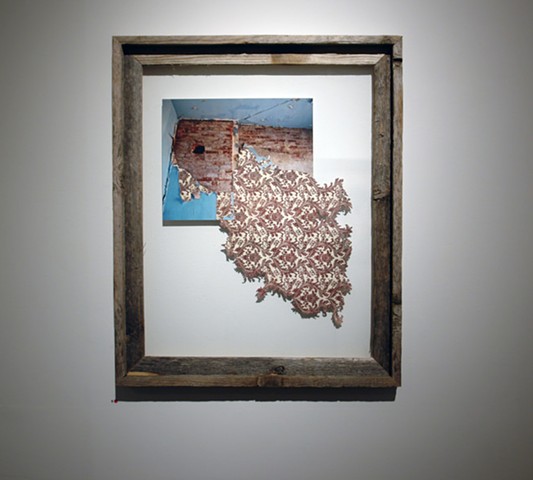 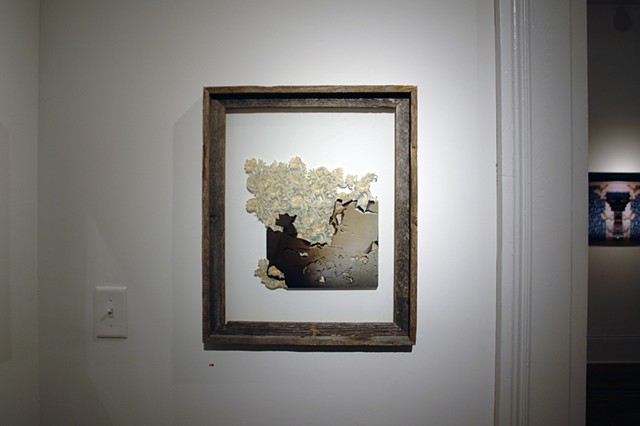 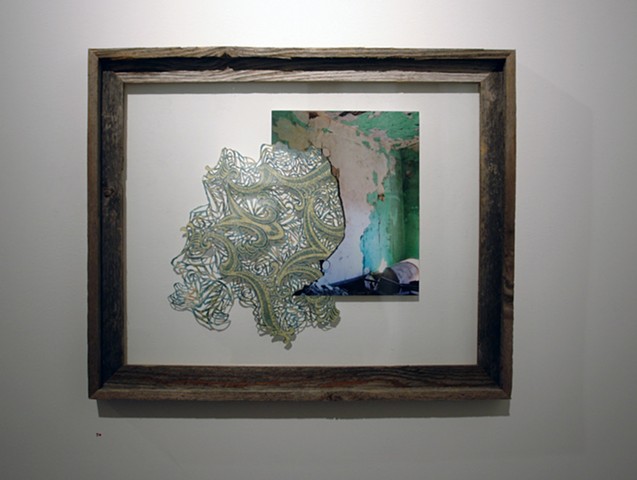 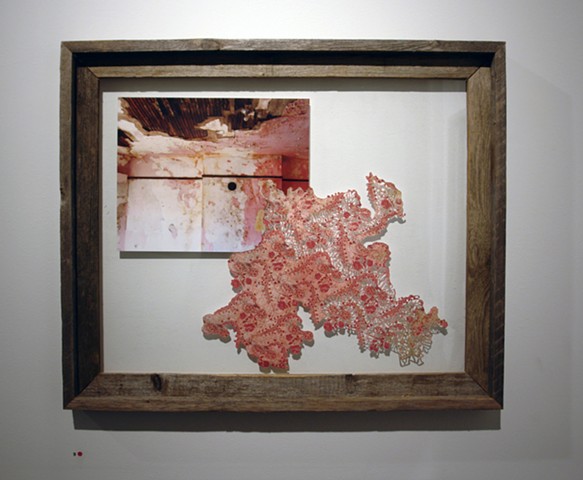 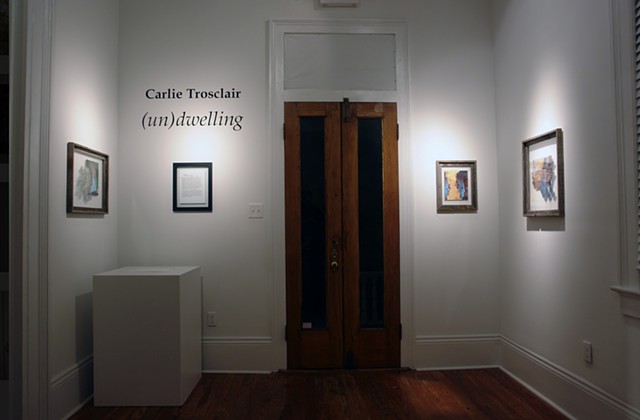 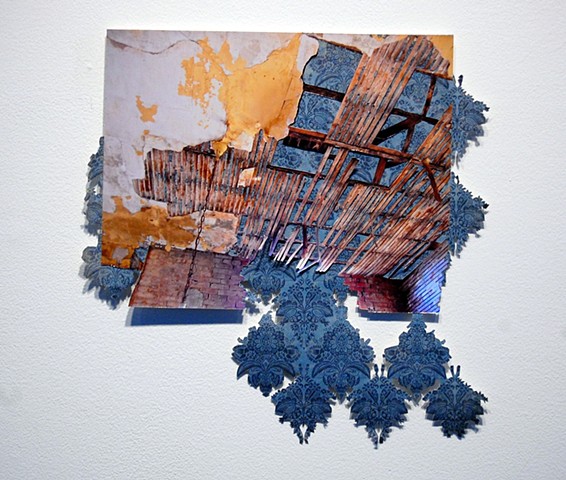 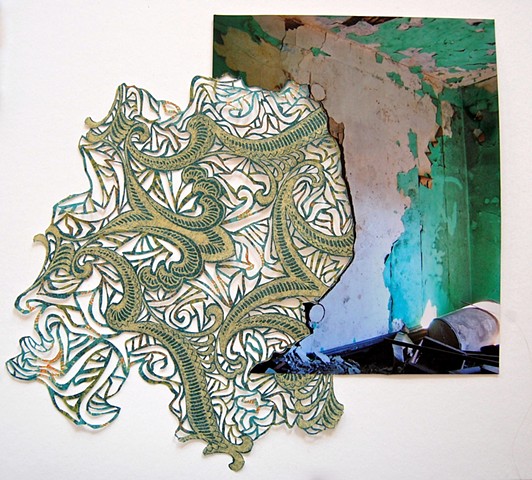 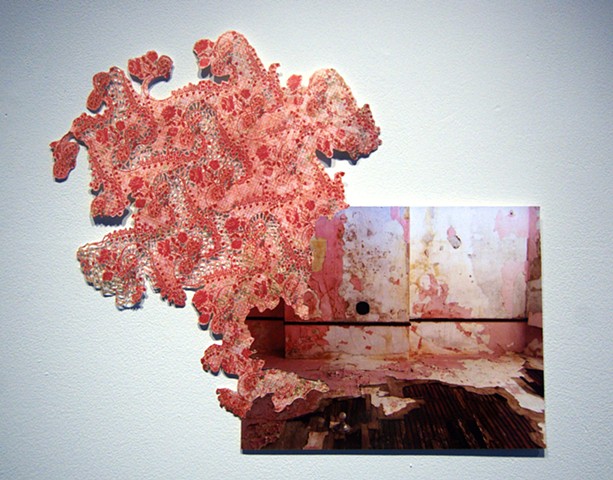 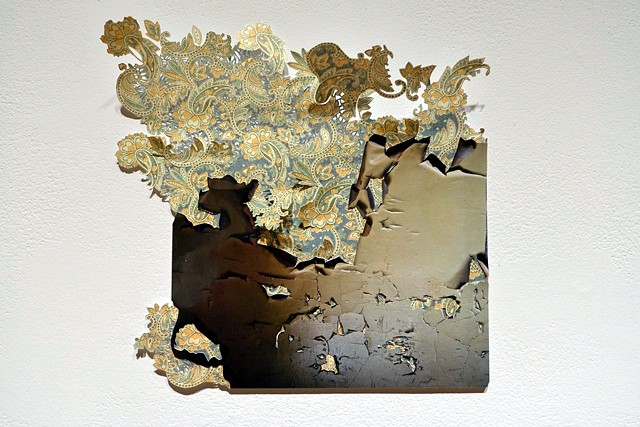 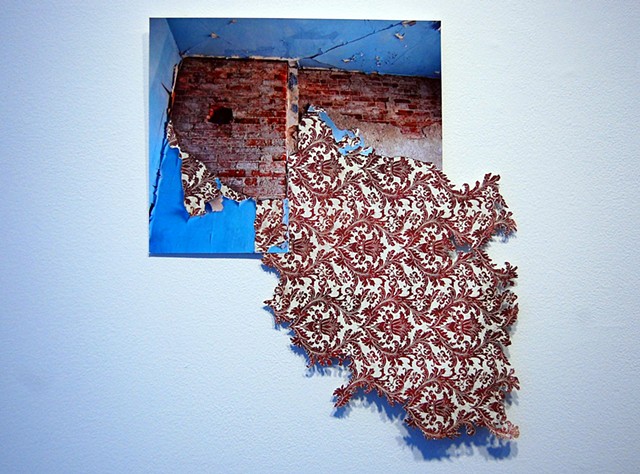 Dwelling (v.) 1. To live as a resident; reside. 2. To exist in a given condition or state: dwell in joy.

Based on these definitions dwelling will be defined as (1.) an intentional action of inhabiting and appropriating a physical interior space and (2.) an embodiment of a mental state of comfort and stability. Thus, undwelling can be defined as existing ‘outside’ or without physical and mental comfort within the context of the domestic. In a state of undwelling what was once habitable, concealed and attended to has become exposed, unlivable, and discarded. The palimpsest of paint, deteriorating structure, footprint of rust, or peeling back of wallpaper leave traces of additive efforts that now exist as subtractive re-formations of the desired functionality or intended use of the object/space. This shift from comfortable to uncomfortable, habitable to inhabitable disrupts both our physical and psychological relationships with a space or object. As a result, dwelling and undwelling coexist in a limbo of ‘(un)dwelling.’

(un)dwelling explores new appropriations for familiar frameworks within the domestic realm in both uncanny and dreamlike scenarios. In a constant state of change each surface, pattern, and form becomes a suspended moment of wonder and evolution through a lens of reordering and rediscovery. In contrast to being classified as derelict, these works highlight each object and space as an ever-changing living organism as they unravel in liminal space creating new systems and patterns of order and beauty.